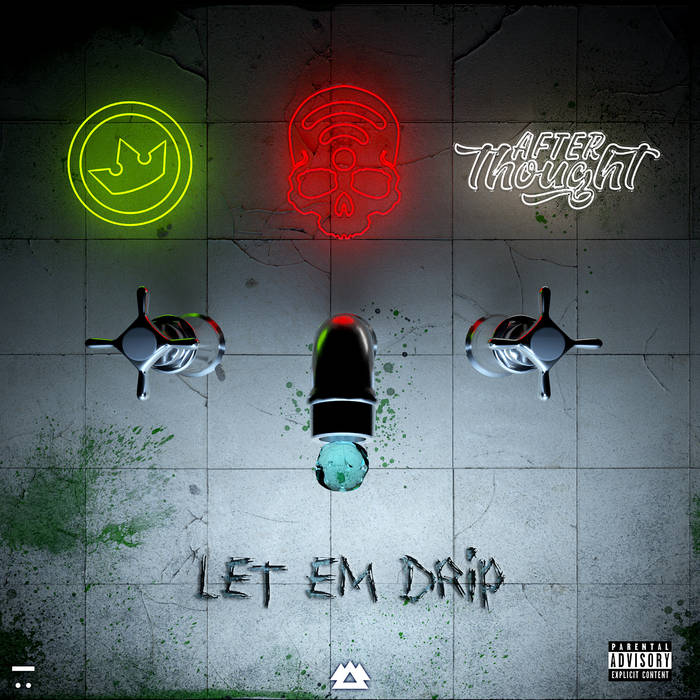 Acclaimed bass producer Hydraulix & Wiz Khalifa collaborator DJ Afterthought today share their new single ‘Let Em Drip' feat. wifisfuneral through Wakaan, the track showcases the refined production alongside the Bronx native wifisfuneral’s infectious raps. This single marks the first collaboration from Hydraulix and Afterthought, combing bass synths with a hip hop structure, a factor which drew both producers to the project, Afterthought saying, “This tune really captures the perfect balance of two genres and makes it one”. Made across America and Australia, the track came together fairly quickly, Hydraulix saying,“We finished this track a while ago, i’ve been featuring it in most of my recent sets and it always gets an amazing response from the crowd.”

With over 130 million streams on Spotify alone, wifisfuneral has proven to be one of the hottest up and coming rappers in the game, bringing his infectious soundcloud rap to ‘Let Em Drip’. However this could be one of the last times we hear wifisfuneral rap on a track after he announced on Twitter earlier this month that he would be retiring from rap. In 2018, wifisfuneral was chosen as a member of the XXL Freshman Class, along with other emerging rappers, such as Ski Mask the Slump God, Lil Pump, and JID.

‘Let Em Drip’ is Hydraulix’s fourth release for 2020, having spent the better half of his last year touring internationally on the back of a huge year of releases, taking on North America supporting Liquid Stranger and bookings at festivals like Lost Lands, Bass Canyon, Rampage Belgium and many more. His latest acclaimed releases ‘Spanner', 'Chopper' and 'Poor Connection' have gone on to tick over hundreds of thousands of streams and being played in high profile sets around the world right now from Four Tet, Skrillex, Bassnectar, Rusko and more. Some of his recent collaborations include Liquid Stranger, Moody Good, Phaseone and Ookay along with his 2019 attention grabbing EP’s Space Cadet and Crown Jewels, solo releases and remixes with Never Say Die, Disciple and Wakaan. More recently in 2020 he was featured with triple j for Mix Up Exclusive and his music was also a featured sync in Kipo and The Wonderbeasts for Netflix US.

Turning out his first release for 2020 with ‘Let Em Drip’, DJ Afterthought has worked and performed alongside some biggest names in the industry such as Wiz Khalifa, Zedd, Chainsmokers, Young Thug, 21 Savage, Mac Miller, Jeezy, Major Lazer, Mozzy, Gary Clark Jr., Lil Yachty, Migos, Post Malone, among many others. In more recent years his producer credits include the likes of Wiz Whalifa, Young Buck, Skepta, Quavo, Yung Lean, Mozzy and more, with over 11 million streams on Spotify alone.